Listening to the science . . .

In the last couple of weeks, the Trinity congregation has gathered via Zoom for the Annual Meeting of the Congregation and we have begun to gather for “Trinity Neighbors” Zoom meetings to organize that significant initiative, designed to strengthen community in our life together.  Over the course of the next month, thirty “neighborhoods” within our membership will be gathering to launch this new way of being together.  A particular joy for me in the context of these virtual meetings has been seeing faces of parishioners I have missed seeing for most of a year.

It has been a long exile in our life together and I long to be with you in worship and fellowship.

The people of Trinity Lutheran Church have sought to endure more than ten months of separation with a measured patience, seeking to “listen to the science” and withdraw from worship and parish programming amid an unprecedented public health crisis.  In recent days, a “Metrics Study Group” comprised of leaders in our faith community has begun to project a return to “in person” worship in early March.  With “an abundance of caution,” we will again seek to be together with responsible distancing, masks and hand washing stations.  If the Kent County region can avoid another significant viral surge, we will begin to reclaim our “in person” life together almost a year to the day since we began to refrain from worship in our facility.

Throughout this long journey, there have been some who have rejected the recommendations of our public health community.  Religious liberty has been lifted up in opposition to the directives of the medical community, and a long-standing divide between ‘religion and science’ has been exposed.  Now, as the vaccine is beginning to be distributed to a million people daily in our nation, there are some in the faith community who stand in opposition to that public health initiative as well for reasons grounded in skepticism, mistrust, fear and/or faith.  There are some who simply do not ‘believe’ in vaccines to advance public health, even in the context of a global pandemic.  Your pastors are not among that community.  All three of us have begun the two-vaccine regimen and hope to have those antibodies fully active in our physiological systems by mid-February . . .

It was in the late 19th century that academics in university communities argued that the historical relationship between religion and science, including medicine, was by its nature defined by conflict.  This “conflict thesis” exists to our day and is manifest in how we have responded as a society to the COVID-19 pandemic.  The response of some faith communities and individuals in our nation, in resistance to public health directives, is well documented.  In support of such matters of conscience, the Supreme Court recently barred New York public health officials from imposing pandemic restrictions on religious gatherings.  Medical authorities and some religious institutions have been found in opposition during this global pandemic, with the recognition that individuals and churches have a right to that opposition.

It is of interest to me, however, that the “conflict thesis” between religion and science is a fairly new phenomenon in human society.  We have, in our heritage as people of the 16th century Reformation, a less conflicted understanding.  Consider John Calvin and Martin Luther, who also lived through outbreaks of plague.  My reflection today is provoked by Mark Lambert, a Ph.D. student in Theology at the University of Chicago Divinity School, who recently wrote on the two reformers and their perspectives. 1 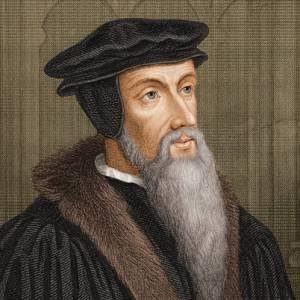 Few theologians championed God’s benevolent providence more passionately than John Calvin. Even so, Calvin expected believers to act with prudence, including a responsible embrace of medicine. Calvin considered the remedies of medicine a gift of the Spirit of God; consequently, to ignore or neglect medicine he considered quite egregious. “For by holding the gifts of the Spirit in slight esteem, we condemn and reproach the Spirit himself. What then . . . shall we say that they are insane who developed medicine, devoting their labor to our benefit?” 2   The reformer was extremely invested in the field of medicine, and not just because his personal health was notoriously precarious. Calvin’s writings reveal a facility with medical texts, and he even dedicated his biblical commentary on Timothy to his personal physician. Moreover, Calvin’s Geneva instituted an extensive public health infrastructure.  In addition to the employ of doctors and barber-surgeons, these public services—facilitated by a network of deacons—extended to employing guardians to care for the sick and disabled, financially supporting families when the primary provider was incapacitated, paying for burials, and supplying the local plague hospital. For Calvin, to ignore the merits of medicine not only disenfranchises one’s neighbors but also actively insults God.

In a similar vein, Martin Luther’s 1527 “Whether One May Flee from a Deadly Plague” addresses the question of how Christians should react in the face of an epidemic. The treatise is a reasoned balance between theological reflection and practical considerations, where Luther’s primary concern remains the welfare of the sick and vulnerable. But one candid passage, in which Luther addresses those who openly flaunt medicine, is of particular relevance to our present context:

“They disdain the use of medicines; they do not avoid places and persons infected by the plague, but lightheartedly make sport of it and wish to prove how independent they are. They say that it is God’s punishment; if he wants to protect them he can do so without medicines or our carefulness. This is not trusting God but tempting him. God has created medicines and provided us with intelligence to guard and take good care of the body so that we can live in good health.”      3
Luther’s argument is actually more severe than Calvin’s, cautioning that those who disdain medicine could be guilty of suicide or worse: “it is even more shameful for a person to pay no heed to his own body and to fail to protect it against the plague . . . and then to infect and poison others who might have remained alive . . . He is thus responsible before God for his neighbor’s death.” Luther’s advice is eminently practical, entreating his audience to “use medicine; take potions which can help you; fumigate house, yard, and street; shun persons and places wherever your neighbor does not need your presence or has recovered, and act like a man who wants to help put out the burning city. What else is the epidemic but a fire which instead of consuming wood and straw devours life and body?” He points to biblical passages about leprosy as divine endorsement for quarantines and concludes his treatise with a consideration of how burial practices affect public health. He also ultimately concedes the limits of his own expertise: “I leave it to the doctors of medicine and others with greater experience than mine in such matters to decide.” 4

Historical examples such as Calvin and Luther are invaluable resources towards negotiating fruitful relationships between communities of faith and public health authorities . . .  Throughout history, as today, plenty of religious groups have made a responsible view of science central to their ministry; when considering groups that do not, we must examine their specific context and history, rather than assuming they stand in for some essentialized “religious” perspective on science.

The “conflict thesis” between religion and science is an observable premise, but not the whole story.  Seeking a “unity thesis,” many of us hold in prayer those who extend medical science and caregiving, as well as those seeking a deeper knowledge of God.

God, our refuge and strength, our present help in time of trouble, care for those who provide medical research and those who tend the medical needs of the sick. Strengthen them in body and spirit. Refresh them when weary; console them when anxious; comfort them in grief; and hearten them in discouragement. Be with us all and give us peace at all times and in every way; through Christ our peace.  Amen.

Gracious and holy God, give us diligence to seek you, wisdom to perceive you, and patience to wait for you. Grant us, O God, a mind to meditate on you; eyes to behold you; ears to listen for your word; a heart to love you; and a life to proclaim you; through the power of the Spirit of Jesus Christ, our Savior and Lord.  Amen.