I have been thinking about our gathering in worship in recent days.  Largely that is reflective of my planning with Trinity’s Coordination Team for our return to “in person” worship onsite a bit later this month.  There is much to be done to open this possibility safely and responsibly.

But I have also been reflecting on the goodness and beauty of liturgy, of the simple but profound act of corporate worship.  For this day’s reflection I would like to share two sets of excerpts, the first from the writings of Jewish theologian and philosopher Abraham Joshua Heschel in his seminal work Man’s Quest for God, and then a piece from Barbara Schmich as it appeared in the journal Assembly from the Notre Dame Center for Pastoral Liturgy.  Simple words, as in prayer, are profiled as holy, life-giving and powerful in these writings.  Have we post-modern types the discipline and will to reflect on the power of the ‘word’ in prayer?

I will refrain from much commentary today and allow these excerpts and the wisdom of these authors to resonate with you, my sisters and brothers, the people of Trinity.

Those who run precipitately through the liturgy, rushing in and out of the prayer-texts, as if the task were to cover a maximum of space in a minimum of time, will derive little from worship.  To be able to pray is to know how to stand still and to dwell upon a word.  This is how some worshipers of the past would act: They would repeat the same word many times, because they loved and cherished it so much that they could not part from it. 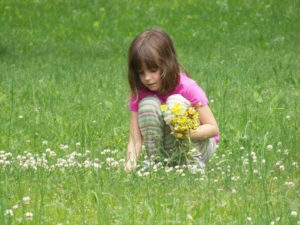 The worshiper must direct the heart to each and every word, like one who walks in a garden collecting roses and rare flowers, plucking them one by one, in order to weave a garland.  So the worshiper moves from letter to letter, from word to word, uniting them in prayer . . .

Indeed, there can be no prayer without a sense for the dignity of words, without a degree of deference to what they stand for.

Unless we understand that the word is stronger than the will; unless we know how to approach a word with all the joy, the hope or the grief we own, prayer will hardly come to pass.  The words must not fall from our lips like dead leaves in the autumn.  They must rise like birds out of the heart into the vast expanse of eternity . . .  In our own civilization, in which so much is being done for the cause of the liquidation of language, the realm of prayer is like an arsenal for the spirit, where words are kept clean, holy, full of power to inspire and to keep us spiritually alive.

fierce attention to all that is said;

no apathy, no preoccupation, no prejudice permitted.

We hearken.  We understand

Here we are; we are listening to your word.

sober bond to all that goes before;

no hesitation, no half-heartedness, no mental

We are of one mind.  We promise.

Be careful when you say “Amen.” 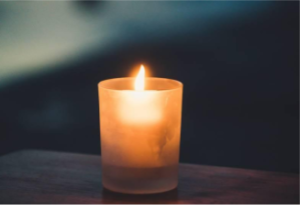 The words we pray in offering the liturgy of Holy Communion are more than common.  They are life giving and transformative.  May we reflect on the beauty and significance of joining one with another in praying the liturgy of our tradition.